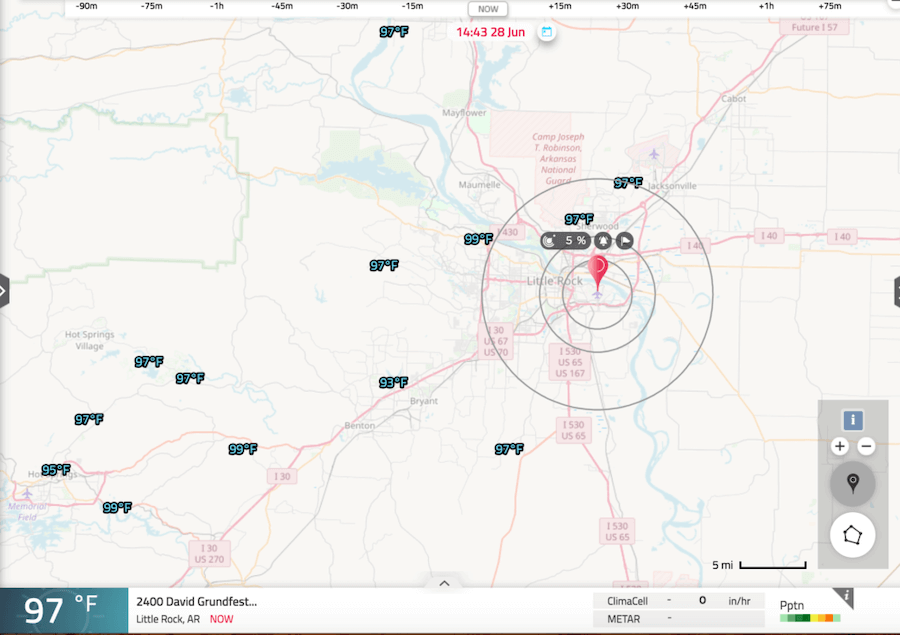 An expansive weekend heatwave is slated to bring oppressive heat and high humidity to large portions of the central and eastern US through July 2nd, 2018. The Central Plains and Mississippi Rivera valley region are already feeling the burn, where numerous heat-related watches and warnings have been issued in conjunction with expected temperatures in the 90s°F and heat indices over 110°F. As of Thursday morning, heat advisories stretched through 15 states across the nation’s heartland – from central Alabama to southern Minnesota. Heat advisories indicate that the National Weather Service expects at least 2 hours with a heat index above 100° F, a criteria that will easily be exceeded Thursday and Friday. Chicago and Minneapolis are under Excessive Heat Watches, meaning the heat index is expected to exceed 105° for a least 2 hours in the coming days.

The heat will put several major cities, mostly in the central US, in record-breaking territory. For Chicago, the average high in June is 80°F, but most forecasts bring temperature into the mid-to-upper 90s°F into the weekend. The record high temperatures for June 29th and June 30th are 97°F and 99°F respectively, which were set back in the early 1950s. Furthermore, the weather pattern generating excessive heat over the eastern US is also helping to generate elevated fire risk over the Desert Southwest and Four Corners region. Low relative humidities, warm temperatures, and windy conditions have led to the issuance of numerous Red Flag Warnings across Arizona, Nevada, Utah, and Colorado. 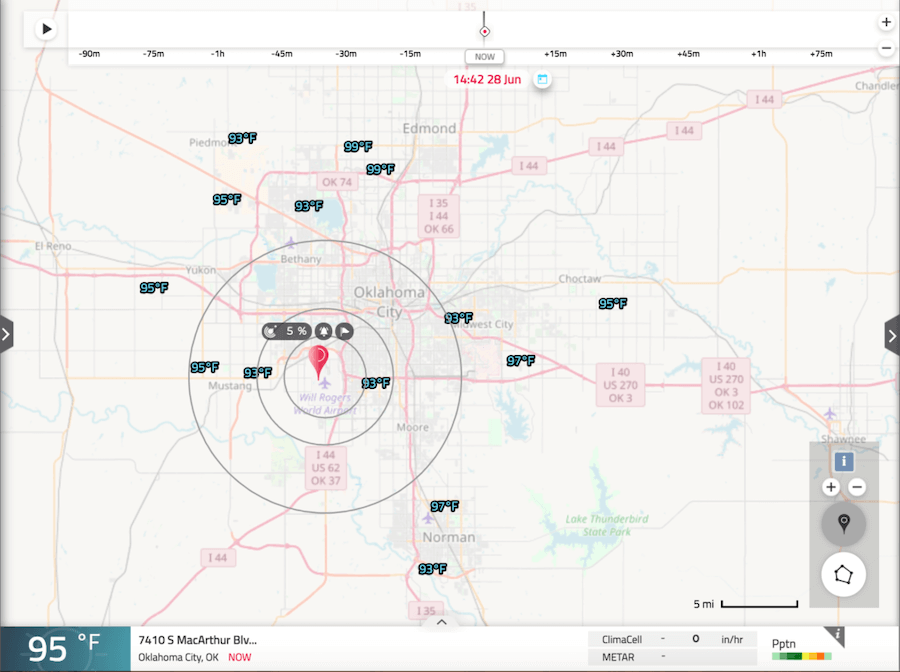 As the jet stream migrates further into Canada over the next few days, a subtropical ridge will continue to expand north, allowing warm and muggy tropical air to build east of the Rockies. Along with the heat, southerly winds will drive moisture northward, allowing elevated humidity to drive up the heat index. The main impacts for the Mississippi River Valley and Midwest come Thursday and Friday, whereas the impacts along the east coast hold off until the weekend. As the ridge progresses eastward this weekend, similar conditions will build towards the eastern seaboard, but the ocean will modify the more extreme temperatures. For the east coast, the primary impact of the weekend heatwave will be Friday through Monday, but model guidance continue to advertise a persistent ridge parked over the eastern three quarters of the US and Canada into midweek next week.

For the most advanced weather hazard warnings and alerts, try the HyperCast Dashboard today.