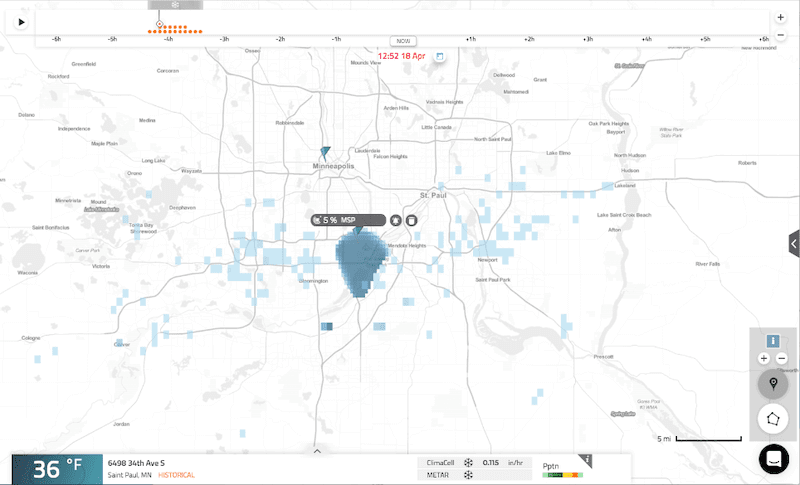 It’s been a season of hard-to-predict weather for the Twin Cities area. Major snowstorms hit on January 22nd and April 13th-15th, 2018. The Super Bowl was particularly challenging for travel forecasting, plus, there was an freak fog event on January 25th, 2018. Unluckily for travelers, Minneapolis-St. Paul International Airport (MSP) has been especially affected by these events.

On April 18th, 2018, there was a band of snow in the south west of the area observed by radar and by ClimaCell. According to the radar, the cities were dry. However, there was a patch of snow falling right over and around the airport, which the radar was not able to see at all. ClimaCell was able to identify the exact area where the snow was hitting the surface, as pictured in the screenshot below.

This kind of snow that might not have necessarily affected flights, but it could have put a damper on any outdoor entertainment or events such as sports, concerts, festivals, or weddings.

Here’s the affected area at 12:52 PM ET as seen in the HyperCast dashboard:

Here’s the comparison of the same area at the same time, when the radar did not show precipitation: 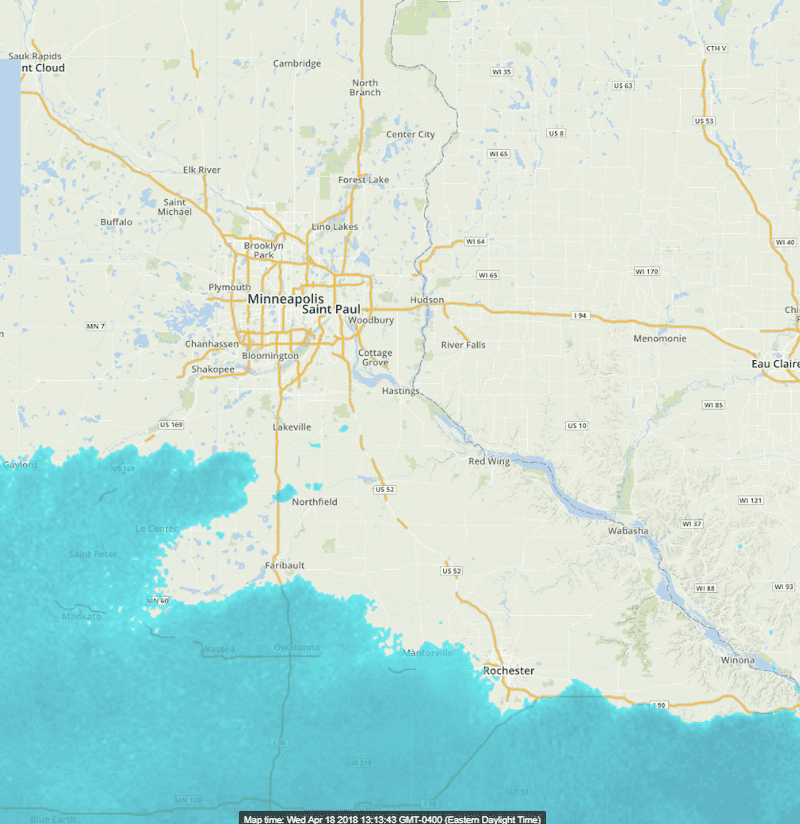 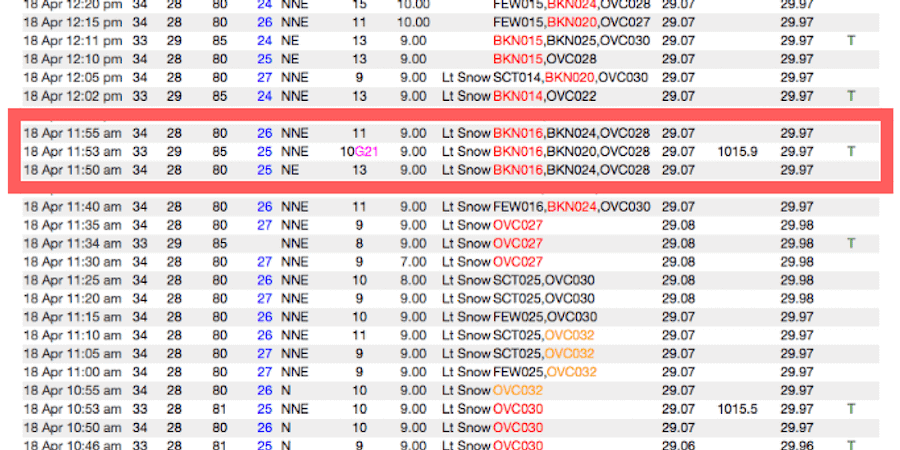 Usually, precipitation changes on its way down to earth from the clouds. For example, it might start as snow or as ice crystals and melt into rain by the time it hits the ground. Since radar doesn’t sense as well at ground-level compared to at higher altitudes, outdoor events depend on ground-level information and accurate classification of precipitation.