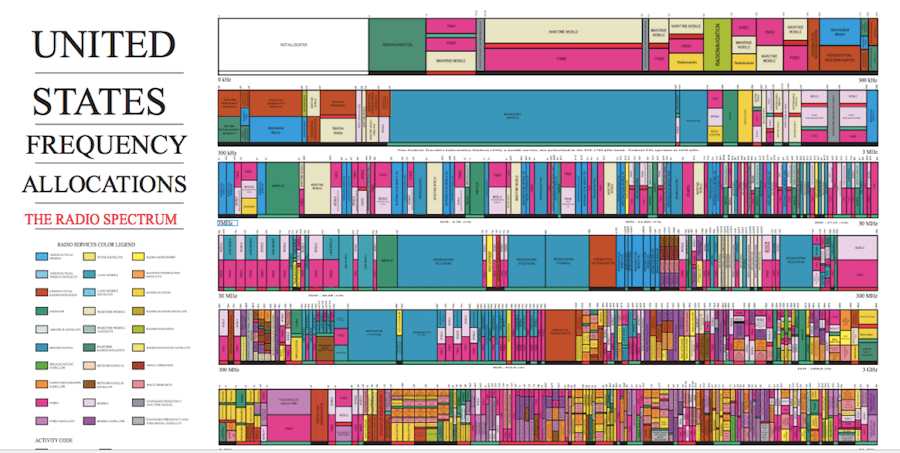 Should Weather Forecasters Be Worried about 5G?

From text messages to television broadcasts to top-secret signals, weather radar, mobile internet, and even x-rays, a world of information traverses the airwaves every day over the electromagnetic spectrum. Your mobile internet connection uses a different frequency at 3G, 4G, and soon, 5G. Traditionally, weather radio and weather radar have occupied their own frequencies, but today’s development of 5G technology is encroaching on the latter.

When you look at the world’s information superhighway, you can think of frequencies as single-purpose traffic lanes where information travels. Mobile internet has to stay in its lane, and weather radar has to stay in another. Only one kind of information can use each lane; otherwise, you could be (theoretically) getting weather radar scan interference on your phone instead of loading a mobile website.

Radio waves, microwaves, and infrared are positioned at the lowest frequencies (imagine the slowest traffic lane) with x-ray and gamma rays at the highest end (the fast lane – faster than space travel). With the numerous applications for the low end of the spectrum, such as AM radio, RFID technology, FM radio, television, weather radio, mobile phones, and wireless LAN, for example, there’s a lot of competition. Once you go up the spectrum to microwaves, you’ll find 3G, 4G, and soon, 5G. And weather radar is right next to where 5G wants to be– that’s where the current controversy is brewing. 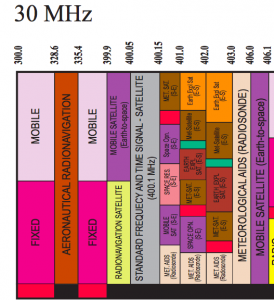 At the root of the problem is the fact that the superhighway of electromagnetic radiation doesn’t have unlimited lanes (actually referred to as bands).  This means that until humans learn to use gamma rays for mobile communication, spectrum is a finite resource, and the demand for it is increasing all the time. There’s an ongoing ‘fight’ over spectrum between applications. In some countries, the military controlled all spectrum, and when cellular technologies appeared, they had to fight to carve out bands of their own, and today, they are trying to get faster technologies, but these could swerve into the band occupied by radar.

These fights have been fought for decades and will only get worse. Typically, the ‘stronger’ use-case (or the use-case that has no other alternatives and needs this specific spectrum more) wins, and the weaker has to adjust. In this case, weather/aviation radars are clearly the weaker ones in the face of 5G, and they will just have to adjust.

In some cases,  governments will continue to block a small portion of the spectrum for weather radars, but in 5-10 years all radars will very likely move from S-Band (the same frequencies desired by 5G) to X-band (much higher frequencies that are less commonly used today). Any weather forecasters depending on traditional weather sensing technologies such as radar will have to worry a bit since this will give radars a smaller range, and we will need more of them. However, new weather sensing technologies using wireless spectrum are only getting stronger, and more modern forecasters might even get an advantage.

1-2 years from now, the world will have been blanketed by a weather technology that can function independently of radar. Technologies developed by ClimaCell extract weather data from wireless networks and access a wide range of existing spectrum applications to do so. From our perspective, 5G is just another addition to our arsenal of weather data sources. May the best use-case win.