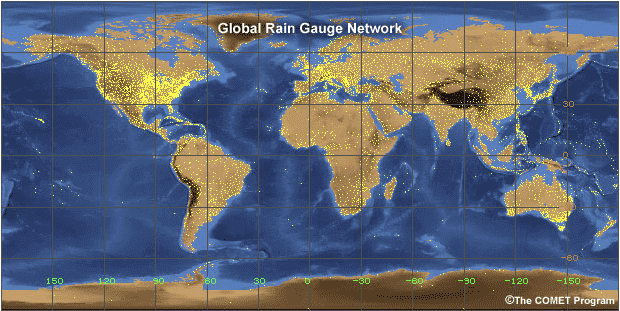 There’s a nearly direct correlation between the GDP of a country and the density of weather sensors that it has available. In other words, people in wealthy countries are not dependent on the weather for their quality of life, while those in developing countries are at the mercy of the skies. The former are protected by advanced agricultural technologies, while the latter depend on the rains for their farmlands to prosper.

Weather monitoring infrastructure is prohibitively expensive and before ClimaCell, there was simply no way around it. Radars cost from $1–2M in CapEx and hundreds of thousands in annual OpEx. Radars need to be placed every 150 kilometers (93 miles) to get any level of coverage. Satellites cost tens of millions. It costs $500-$5,000 to buy a new weather station, but starting one up and maintaining it can cost even more. Not to mention, improper maintenance of weather stations results in low-quality data, a well-known problem. This might be one of the reasons that the number of these stations is in steep decline.

It’s no surprise that developing countries are often left flying blind when it comes to the weather, using inferior infrastructure, equipment, and only the free data that’s available from NASA satellites. Free market forces have not fostered any significant private investment in upgraded systems and infrastructure, and for an unexpected reason.

Weather data is commonly perceived to be a public good that the government should provide for free. This makes it inconceivable to pay for such data. Even businesses affected by the weather can’t pay the exorbitant costs of an investment into the currently available solutions.

ClimaCell created a solution that is so cost-effective, it can be deployed worldwide immediately. With wireless communications networks spanning the planet, there is no costly infrastructure or equipment to install. Developing countries can tap into the most advanced weather sensing technology available right now, and it will make a world of difference.

See how it works!