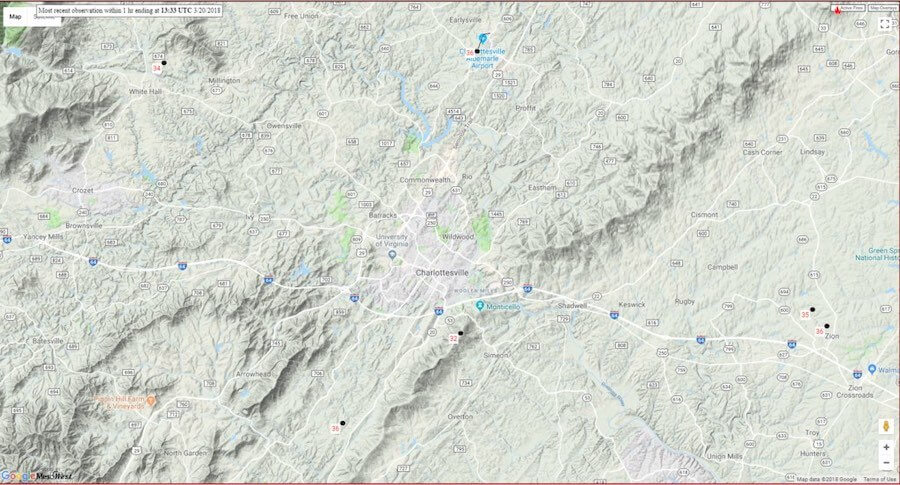 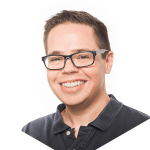 Growing up in the Southwest Mountains of Central Virginia, a small foothill chain of the more widely known Blue Ridge Mountains, had a fundamental impact shaping my interest in meteorology from a young age. My childhood home was located atop Hardwick Mountain, which was only 400-500 feet higher in elevation than the surrounding valley below, but that small difference in elevation had an enormous impact on the observed weather. In essence, I grew up in a microclimate where morning low temperatures (during clear nights optimal for radiational cooling) were typically 10-15 degrees warmer than the valley below, and winds were significantly weaker due to protection from the dense forest around us. The opposite could be true during precipitation events, where we often ended up a few degrees colder, and this could result in snow compared to just rain in the nearby valley town of Barboursville, Virginia.

The Southwest Mountains of Central Virginia, where the author grew up

Highly localized ice storms were a particularly unusual microclimate event that I experienced on several occasions. Temperatures at my home would hover near 31-32°F, while the valley below would stay just above freezing. The difference meant freezing rain and significant ice accumulations at my house, with just plain rain a mile or so away in the valley. Once the storm had passed, clouds cleared, and sunshine returned, stunning visual evidence of all the foothills covered in ice was on display for locals taking in the landscape.

The amalgamation of these formative experiences through childhood, as well as a father who had been keeping daily weather observations (high temperature, low temperature, and precipitation data) since the 1970s was enough to send me down the career path of meteorology, and I’m blessed to have been been working as a meteorologist for close to 13 years now. During this time I’ve lived all over the United States, experiencing and forecasting  all types of weather. ClimaCell’s technology is one of the greatest innovations I’ve seen in meteorology so far during my career, and was enough to entice me to pack up and move my family across the country for this new venture.

Amazingly, only a few weeks after joining the company, I was able to see ClimaCell’s technology capture one of these localized freezing rain events, clearly depicting the exact locations of two different types of precipitation. As depicted above, our map showed freezing rain in the Southwest Mountains and regular rain in the valley below. Locally observed temperatures at the time confirmed what we saw; a weather station in the mountains south west of Thomas Jefferson’s Monticello recorded 32°F; temperatures in the valley were up in the mid-30’s.  It was definitely a cool experience seeing ClimaCell’s technology at work in the place where my interest in meteorology was first born!