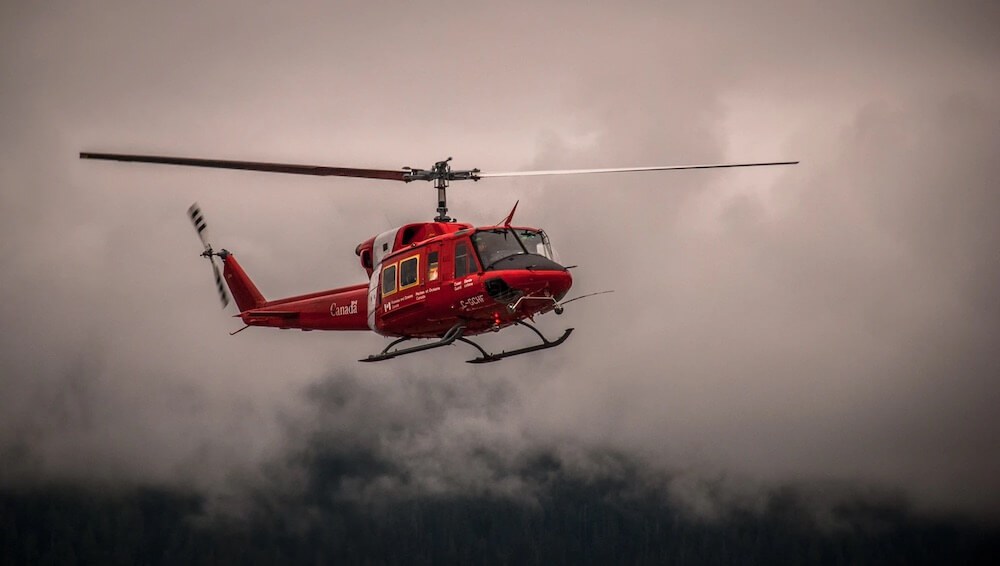 The United States has the largest and most diverse general aviation community in the world, with more than 220,000 active aircraft, including amateur-built aircraft, rotorcraft, balloons and highly sophisticated turbojets. As a result, thousands of pilots are in weather-related danger. The US Army Aviation community defines such potential airborne hazards as Degraded Visual Environment (DVE). Flying close to terrain in an environment of reduced visibility can cause an aircrew to lose situational awareness or even lose control of the aircraft. DVE presents a major challenge to visual (‘eyes out’) flying.

A famous example is that of John F. Kennedy Jr. and a couple of members of his family. In 1999, the son of US President John F. Kennedy crashed the light aircraft he was flying into the Atlantic Ocean. The official investigation by the National Transportation Safety Board (NTSB) concluded that Kennedy had fallen victim to spatial disorientation while he was descending over water at night and consequently lost control of his plane.  At the time of the crash, the weather and light conditions were such that all basic landmarks were obscured, making visual flight challenging, although legally permissible.

This is the real risk of DVE. And it’s exactly why in-depth weather data and better understanding of DVE can improve flying safety considerably. Here’s why DVE should be on every pilot’s mind as they prepare for takeoff.

What Makes DVE So Dangerous to Pilots

DVE occurs when a pilot can’t identify the natural horizon reference points needed to spot landmarks on the ground.

Losing the capability to rely on what you see in the middle of a flight can cause vertigo, loss of control, and even lead to a sudden crash landing. The professional term for this risk is Inadvertent Visual Flight Rules (VFR) flight into IMC (Instruments Meteorological Conditions).Inadverntent VFR into IMC is one of the main causes of fatal helicopter accidents – in the military, on commercial airlines or private aviation. With regards to light helicopters, a study by the International Helicopter Safety Team (IHST) found that the immediate cause of 52% of accidents between 2005-2015 was Inadvertent VFR to IMC.

What makes a degraded visual environment so dangerous is that pilots will often find themselves suddenly and unintentionally flying in DVE conditions. There are three primary reasons for this:

How to Get a Grip on DVE During a Flight

There are several ways to manage the risk presented by DVE, including:

As pilots, many of us at ClimaCell have experienced DVE — too many times to count. No matter how experienced you are, low-level flight with DVE conditions can be a danger to every pilot. We’re eager to support aviators by creating the best weather data we can and then leveraging it to produce insights that help aviators fly more safely. By integrating our products with the original equipment manufacturers and electronic flight bags, as well as using our HyperCast application on your tablet or mobile app, you can tackle the very real danger that DVE presents to you and your pilots.