ClimaCell is pleased to welcome Matt Duffy as VP of Marketing and Farshid Alizadeh-Shabdiz as Chief Scientist. 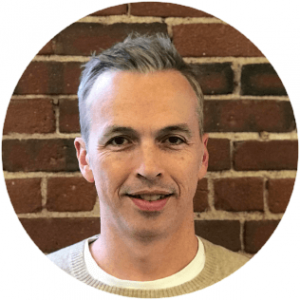 Matt will lead all marketing efforts for the company including managing the brand, lead generation, PR, and all content.

Matt says, “I was blown away by the fact that ClimaCell is the first and only company bringing this new source of data to the weather industry. It’s such an exciting opportunity, and I’m looking forward to being a part of the company’s rapid growth.”

Matt has 20 years of experience leading marketing teams for B2B tech companies, and specializes in helping small companies grow. Prior to ClimaCell, Matt was CMO of ZeroTurnaround, a leading Java software company that was acquired by RogueWave. Before that he had roles as VP of Marketing at LogMeIn, and VP of Marketing at Jumptap, a mobile ad tech company acquired by Millennial Media. When he’s not marketing, Matt can be found playing in men’s hockey leagues, playing keyboard in a local band, and struggling to renovate his 150 year-old house room by room. 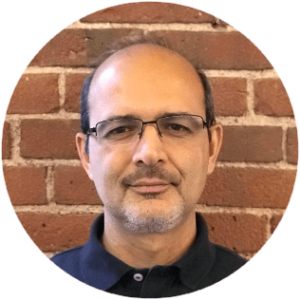 “After working on the team that created the first metrowide WiFi positioning technology, used by Apple and Google, I was looking for the next big thing with global impact. ClimaCell’s innovative approach to weather prediction has the potential to have a huge impact. The opportunity to bring accurate, high resolution weather information to the weather market is huge, and it touches every single person and many industries around the globe,” says Farshid.

Farshid has more than 20 years of experience leading technical teams at growing start-ups. He was also part of technical design team of satellite based mobile phones at Hughes Network Systems. Prior to ClimaCell, he led technical innovation at Skyhook, which resulted in building the first commercial global WiFi positioning and deployment of WiFi positioning on almost all smart phones world-wide. There are 48 patents under his name. Farshid holds a Master’s degree in electrical engineering from Tehran University, Iran, and a PhD from George Washington University. He also holds an MBA from MIT Sloan School of Management.