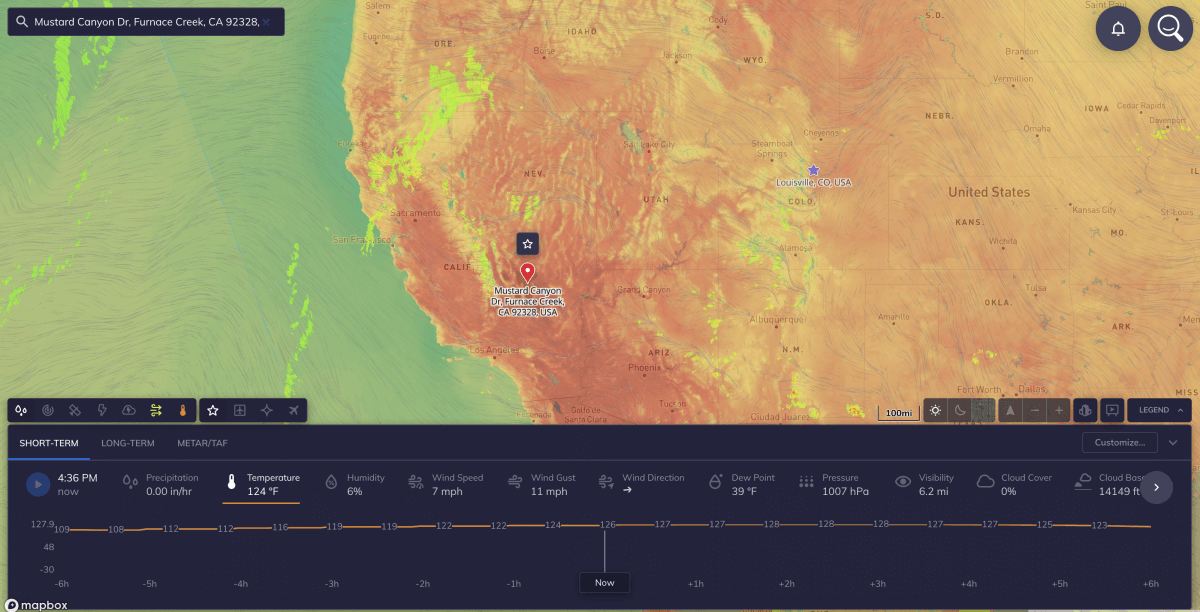 There’s been a string of heat waves hitting the SouthWestern US this year, but this week, the heat broke records worldwide.

On Sunday, Death Valley National Park in California hit 130°F — the hottest temperature recorded since 1913, according to the National Weather Service.

Since the previous world temperature record of 136° reported at El Aziziya, Libya in 1922 was decertified, Death Valley has been the world record holder for the hottest temperatures ever — at 134 degrees in July of 1913.

However, this value has also been called into question, which could leave yesterday’s 130 degrees as the hottest temperature ever accurately recorded in the world. So was this week actually the hottest ever on record? We dug into the details.

How do we measure record-setting temperatures?

Today, meteorologists measure temperature at 4 ft 11 inches above the ground, shielded from direct sunlight. However, that was not how temperature was always measured in the past.

According to the World Meteorological Organization, the highest registered air temperature on Earth was 56.7 °C (134.1 °F) in Furnace Creek Ranch, California, in Death Valley on July 10, 1913. But at the time, the methods of certifying temperature were not yet set.

In fact, that record has recently been challenged because of possible problems with the methods of the reading. Experts have questioned whether that reading was caused by a sandstorm at the time, which created superheated particles that could have altered the temperature recorded.

If that is true, then this week’s 130 °F would become the hottest temperature ever recorded.

The impact of intense heat

This type of intense heatwave is dangerous to humans, to say the least. Heat can increase the already-high risk of wildfires, along with increasing risk of health concerns from heat exposure.

“Drink plenty of water and carry extra. Avoid hiking (after 10 am). Travel prepared to survive. In the case of a heat related illness, get to a cool place and seek help as soon as possible.”

For businesses in the area, the risks of heat are also high. Heat at elevated temperatures can cause train rails to warp, when temperatures climb above 95 degrees, for example. But it can have a massive impact on businesses, no matter the industry.

Need to stay on top of the weather for your business?

Learn how ClimaCell can help you take control.

Cara Hogan is the Director of Content and Brand at ClimaCell, the world’s weather intelligence platform. Previously, she worked at Zaius, an ecommerce marketing platform, and InsightSquared, a SaaS analytics company. Before transitioning to marketing, she worked as a journalist at a number of publications, including the Boston Globe. When she isn’t writing, podcasting, or filming, she’s surfing, rock climbing, or reading a good book.
impact forecast