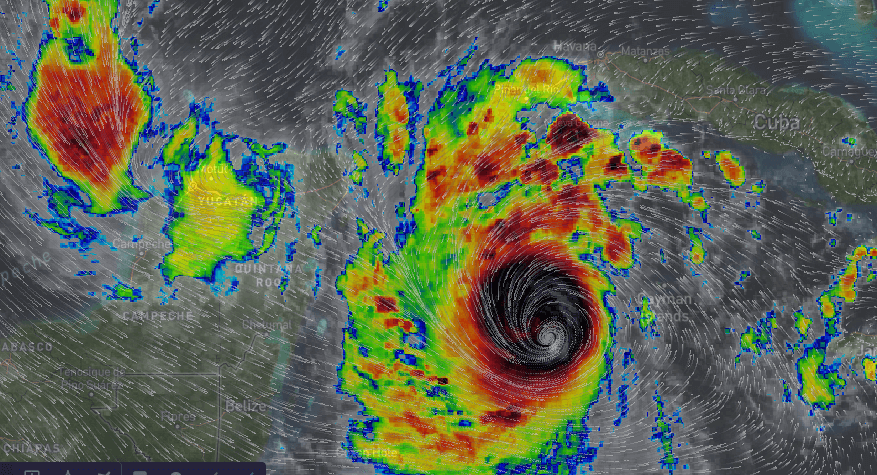 As Hurricane Delta Becomes Category 4, Energy Companies in the Gulf Brace for Impact

A broadening wind field upon approach will lead to a storm surge on Friday along all of the Louisiana and Mississippi Gulf Coast, as well as tropical-storm-force winds. Widespread rainfall amounts of 3-7” expected from the TX/LA border eastward through Baton Rouge, and points northward towards Memphis, TN. Localized higher rainfall up to 12” near the path of Delta, from south-southwest of Lafayette, LA northeastward towards Vicksburg, MS; leading to areas of flooding.

The National Hurricane Center upgraded Hurricane Delta to a Category 4 storm today, making it the fastest intensifying hurricane on record.

With maximum sustained winds of 130 mph, Delta jumped from a Category 3 to Category 4 in just 20 minutes. And Delta’s wind speed increased a stunning 90mph in a little more than 24 hours.

The incredibly active 2020 Hurricane Season has broken even more records, with Delta also becoming the strongest storm ever named with the Greek alphabet. And with just two months left in this hurricane season, it’s likely 2020 will soon break 2005’s record of 27 named storms.

ClimaCell meteorologists predict Delta will make landfall in the Yucatan Peninsula early on Wednesday morning. It is likely to be a highly destructive hurricane for Cancún, with potentially catastrophic damage. And Delta is expected to remain a major hurricane as it emerges in the Gulf of Mexico north of the Yucatan Peninsula, and will threaten the Louisiana Coastline as early as Friday.

Evacuations are already in process for residents of the Yucatan Peninsula, and the many hotels and tourist destinations in Cancún have also had to evacuate. But those are not the only businesses impacted by Hurricane Delta.

For the many offshore drilling operations in the Gulf of Mexico, this year’s intense hurricane season has been especially difficult. High wind speeds can put oil rigs at risk. Especially if the wind hits a rig from the side, pipes can be damaged with only a 35-mile per hour wind at a specific angle, let alone hurricane-force winds.

High winds also directly impact utility and energy companies, with potential for downed power lines and widespread outages in the path of the storm. It will be a challenge for operations teams to understand exactly where the impact will be greatest and plan accordingly to help repair any damages to infrastructure from Hurricane Delta.

Business impact: Energy and utility companies should implement emergency response protocols in advance of the storm.

Cara Hogan is the Director of Content and Brand at ClimaCell, the world’s weather intelligence platform. Previously, she worked at Zaius, an ecommerce marketing platform, and InsightSquared, a SaaS analytics company. Before transitioning to marketing, she worked as a journalist at a number of publications, including the Boston Globe. When she isn’t writing, podcasting, or filming, she’s surfing, rock climbing, or reading a good book.
business impact forecast