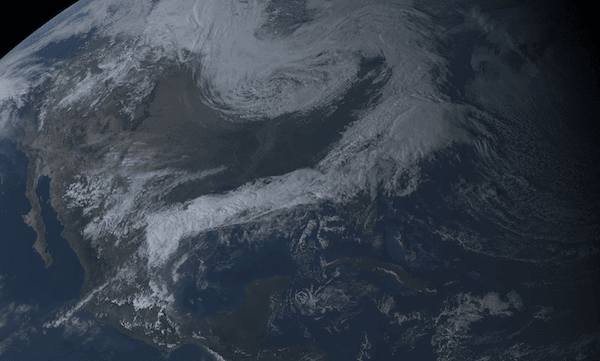 Another Nor’easter On The Way To New England

While the recovery continues in the wake of last week’s nor’easter, another one is knocking on New England’s door. Hurricane force winds, heavy rain, multiple feet of snow inland, and storm surge flooding led to a travel nightmare. Miles and miles of streets became impassable, and air travel had to be rerouted with the last storm system. Is it about to happen again?

This time, the main challenge for meteorologists is determining which areas will see snow and which will be dealing with rain. Less than 50-miles can mean the difference between a wash-out and more than a foot of the white stuff.

Why such a puzzle? Well, winds near the ground and the temperature at storm’s impact determine that all important rain/snow line. Currently, a strong low-pressure system out of Canada is meeting up with a moisture filled low out of the south.  How they interact will determine the track of this storm.

Closer to the Coast

North/Northeast Winds mitigates the warm air off the ocean = SNOW

The resulting temperatures will result in a sharp cutoff between substantial snowfall and very little accumulation. It currently appears that the transition zone between heavy snow and a rain/snow mix with much lower amounts will likely align closely with I-95. To the north and west of the transition, widespread 8 to 16 inches of snow with locally higher totals are forecast from northeastern Pennsylvania across eastern New York, western and central Maryland, Vermont, New Hampshire, and Maine. Based on the latest model run, many of the higher terrain areas in New England may receive two feet or more of snow during the next three days.

No matter which way the wind blows, you can rest assured that the meteorology team at ClimaCell will have the up-to-the-minute information our clients need to make key operational decisions to stay ahead of this storm.